Last month, the Seattle Public Library unveiled it’s new Central Library, designed by Rem Koolhaas and his Office for Metropolitan Architecture. Built with funds from the “Libraries For All” bond measure Seattle voters approved in 1998, the new library is drawing rave reviews from architecture critics and library patrons alike. Herbert Muschamp of the New York Times called it “the most exciting new building it has been my honor to review.” Could it really be that good? 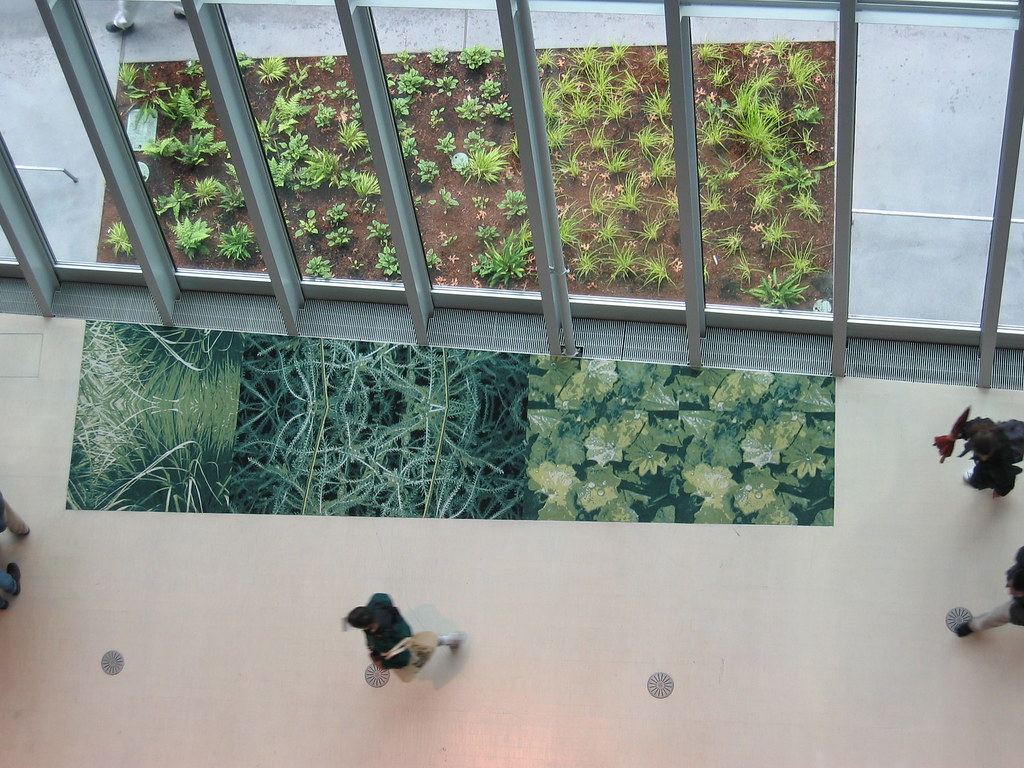 Well, yes. We waited out the grand opening festivities and stopped by later in the week. It’s spectacular. I brought my camera expecting to take a few pictures and ended up running down a fresh battery and nearly filling the memory card. I’ve put a gallery of pictures online for your enjoyment. It was raining while we were there, so I didn’t get any pictures from outside, but there are lots of other galleries online (Seattle Times, Seattle Public Library, Glenn Fleishman, Slate).

As for the word “spectacularity,” well, it’s a perfectly cromulent word.