Last week was Henry’s spring break. We wanted to go somewhere, but for the longest time couldn’t decide where to go. First we were going to go to the southwest, then maybe Hawaii (when we discovered that we could fly to Hawaii cheaper than Vegas), then Eastern Washington. In the end, we decided we didn’t really want to fly anywhere; we can handle the hassles of air travel with a 2 year old (or for that matter a 7 year old) just so often. Then I decided I probably wouldn’t be attending WWDC this year, which got me thinking about San Francisco. So we decided to drive down to San Francisco for the week. Since Kathy’s parents left California, we’ve been missing the drive down through Oregon and Northern California.

We figured we could make the drive pretty easily in two days, but we gave ourselves a little head start by driving down to Portland right after school on Friday. Friday morning, we were surprised by a freak snowstorm. In Seattle, any snow is a surprise, but snow in late March is downright shocking. It was snowing pretty hard as I packed the car and it even accumulated a bit, but we had no fear. Thanks to Scott Sistek’s excellent weather analysis, we knew the snow would likely stop and melt away by evening. The drive to Portland was messy, with flurries much of the way, but by the time we got to Portland, there was no evidence of snow. Good think, too. I’m not sure whether it would have been okay to stop for frozen custard if it was snowing. The rest of the drive was beautiful and the kids did great. How did we ever manage without rear-seat DVD players?

We didn’t head straight to San Francisco, though. Our first stop was in Mountain View, down in Silicon Valley. A couple months ago, I read something about the Computer History Museum and its wonderful collection of old computers. The place has been around for a while, first in a hangar at Moffett Field, then in its current home just off 101, not far from the Googleplex. How had I missed it? As we rolled in early Sunday afternoon Charlie was asleep, so Henry and I went in. There were only a handful of cars in the lot and we wondered whether they were even open. The first few exhibits we saw were nice, but I wasn’t sure the detour was worth it. Henry really liked the exhibit on the history of computer chess and the mish-mash of other exhibits in the lobby were interesting, if modest. They have a Xerox Alto, the first computer with a modern GUI and a mouse (and built-in ethernet!), which was very cool to see, as was the Apple I and Cray 1. 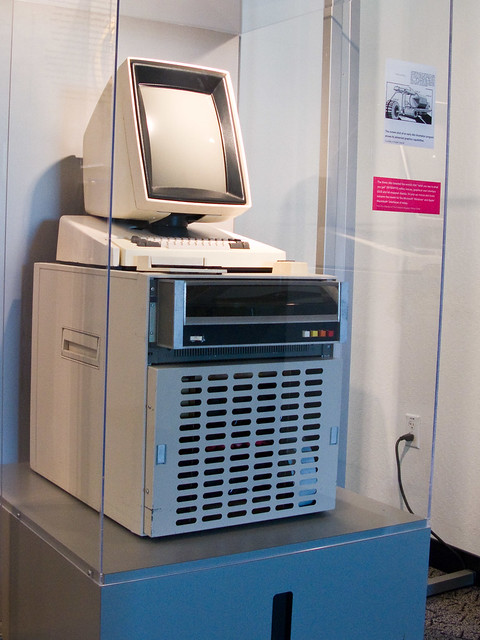 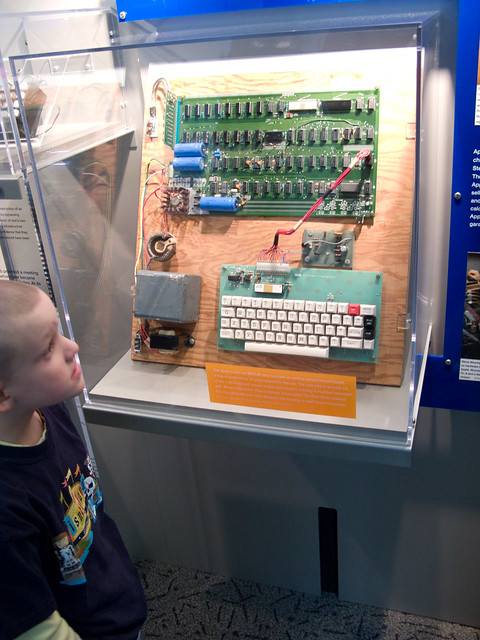 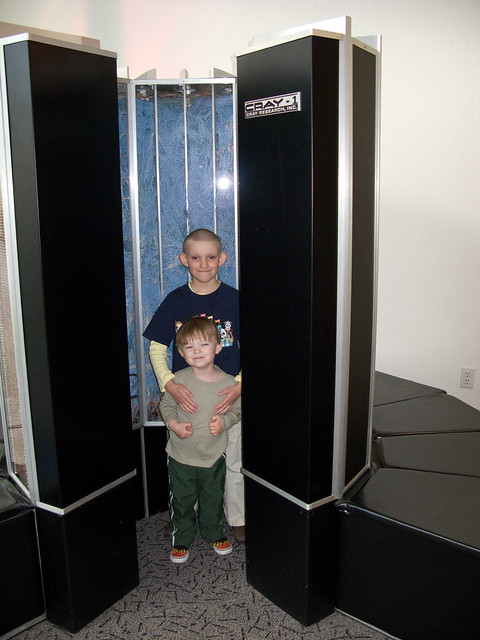 Then we walked into the “Visible Storage” exhibit. Wow. This is what I’d been hoping to see: computers of every size, shape, and age. Early adding machines, supercomputers, minicomputers, PCs… they were all here. I was in geek heaven. 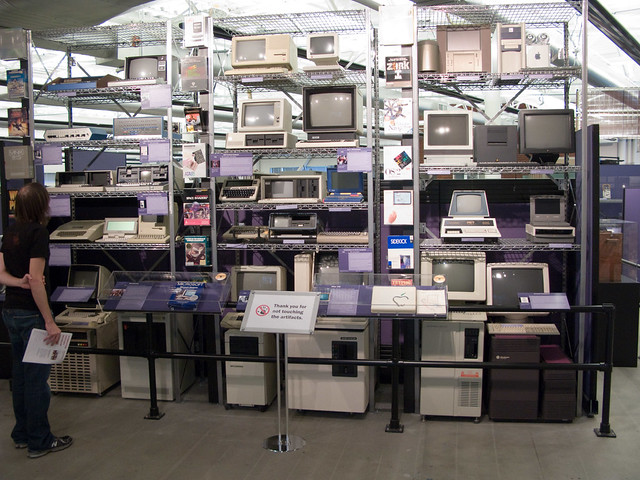 As I browsed through the collection, I kept getting a vague feeling I’d seen some of it before. Yes, in Boston in the early 90s, we’d been to a place called The Boston Computer Museum. It was located next to a children’s museum and most of its exhibits were more about computers in general than computer history (There was a huge computer you could walk through. I recall it had a mouse about the size of my desk.) But I thought I remember seeing a PDP-1 there, too. Finally, a shipping label caught my eye (I wonder why?). 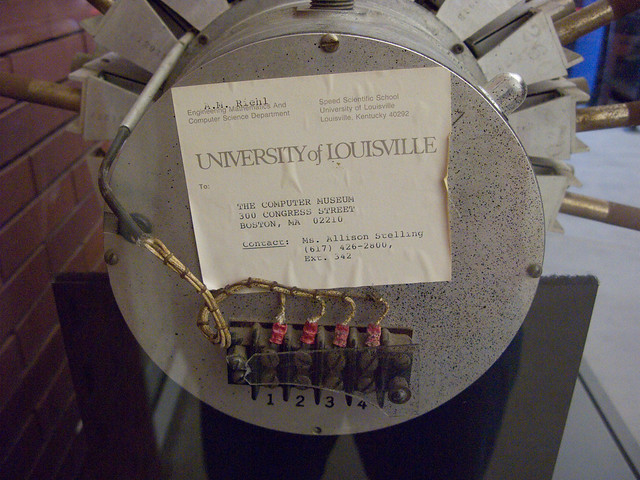 Stuck to the end of a really cool gadget from the UNIVAC I called a mercury delay line memory that stored data as pulses in a column of mercury. Anyway, the gadget was addressed to The Computer Museum in Boston. Hmm. Maybe the Computer History Museum is somehow connected to the old Boston Computer Museum. That evening, I did some research and discovered that the two museums are one and the same. Over time, the old museum focussed more and more on the educational side of things and in 1996, it spun off its archive as The Computer Museum History Center at Moffett Field. The Boston museum finally closed in 1999. Its remaining materials were split between Boston’s Museum of Science (for the exhibits) and The Computer Museum History Center (for the artifacts). Then in 2001, the Museum moved into its current building and changed to its current name. So I guess I had been to the Computer History Museum, just in a previous incarnation.

Though the Visible Storage Room was impressive, the museum feels a little incomplete. I see on their website that their signature exhibit “A Timeline of Computing History” is scheduled to open in late 2009. I can hardly wait. Next month, another new exhibit is set to open. A brand spankin’ new Difference Engine, built from Charles Babbage’s original plans arrived at the museum this week. Built with funds from Nathan Myhrvold, the machine will stay at the museum for a year before being moved to Myhrvold’s home.

Be sure to check out the rest of our trip pictures (many more yet to be posted) over at flickr.

As I was writing this last night, iTunes downloaded a new episode of Mahalo Daily for me. And where is the lovely and talented Veronica Belmont today? Why the Computer History Museum, of course. Check it out.