After our brief stop in Silicon Valley (including an hour at a very nice Mountain View city playground), we headed north to San Francisco. Well, we had to make one more stop. We were just a few miles from Cupertino, so we had to make a little detour. You see, long before there were Apple Stores, there was The Apple Store: The Company Store on the Apple Campus. Kathy went for a walk with Charlie while Henry and I went inside. Henry picked out an Apple hoodie for himself and a plain Apple t-shirt for Charlie. I resisted the urge to get Kathy the “I visited the mother ship” shirt and got her an “Hello. I’m a Mac” shirt instead. And for me? An insulated Apple travel mug. Woot!

With that out of the way, we finally headed for San Francisco. Our first stop was the Golden Gate Bridge. Despite visiting SF yearly (or nearly so) for the last ten years, we hadn’t been over to the bridge since Kathy and I were there from Maine fifteen years ago. It was a gorgeous day–the first of several. We walked out to the first tower, but Charlie was getting too tired and hungry to go farther. 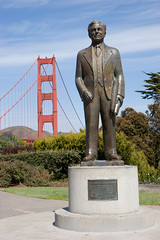 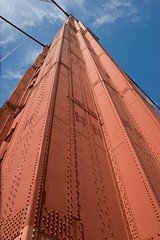 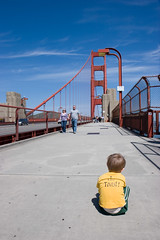 Afterwards, we found a great pizza place in the Richmond District and recharged. Other than the two Neapolitan (which are really a whole different thing), I’ve never had pizza in Seattle that comes close to Giorgio’s. Yum. Then on to our Hotel. When I was in San Francisco for WWDC a couple years ago, I noticed that there was a new hotel at the west end of Fisherman’s Wharf, right next to the cable car turnaround and across the street for the Hyde Street Pier. According to our San Francisco with Kids guidebook, this new hotel, The Argonaut is supposed to be great for kids, so we thought we’d give it a try. I booked a package that included breakfast at the hotel restaurant and Muni passes for the duration of our stay–a great deal. 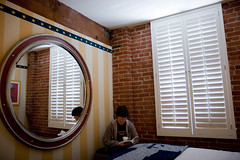 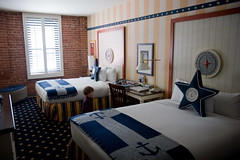 As it turns out, The Argonaut is a pretty good hotel for kids and though our room was neither a suite nor particularly large, we managed just fine. On the other hand, I’ve reconfirmed my gut reaction to staying at Fisherman’s Wharf: despite being one of San Francisco’s top-visited tourist areas, it’s neither convenient nor aesthetically appealing. I think next time we’ll stay down near Union Square, where there are more (and better) restaurants, more to do, and easier Muni access. The one place really worth visiting at Fisherman’s Wharf is the Hyde Street Pier. 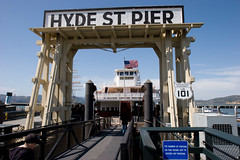 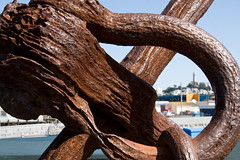 We had a great time in the city. We rode the cable cars, visited the cable car museum, and generally acted like tourists. Henry was a little sick the first couple days in the city, so we took it a little easy and skipped a lot of things that were on our list. More than once, we headed off a napless afternoon meltdown from Charlie with a ride on the cable car. I think his favorite was the nighttime ride back from Union Square when we got seats on the outside of the car. 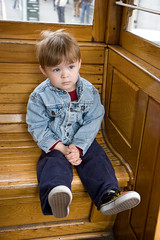 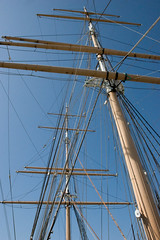 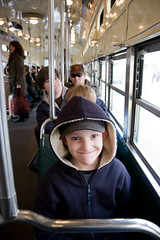 One thing we did manage to do was visit the Exploratorium. The king of all hands-on science museums, the Exploratorium is housed in the old Palace of Fine Arts from the 1915 Panama-Pacific Exposition. We were there on the first Wednesday of the month, so it was even more crowded and noisy than usual. Henry loved it anyway. Charlie, too, but in an “attention span of a 2 year old” way. 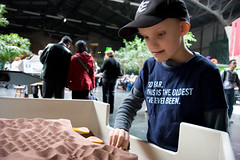 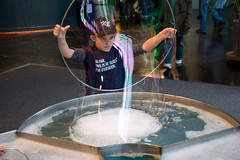 It was a fun trip; we’re already planning what to do on our next Bay Area excursion. Next up: the Canadian Rockies this summer. Stay tuned.