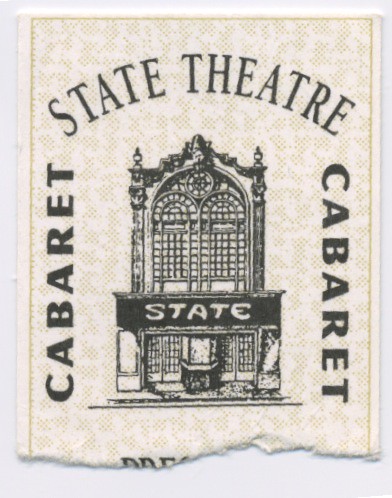 There’s not much to go on here. Some mysterious concert at a place called the State Theatre. What could it be? I seem to remember a State Theatre in Albany… did I see a band there? Hmm.

Soon after the theater reopened, we had our first chance to see a show there. Los Lobos were coming to town! What a time to see them, too! They’d just definitively removed themselves from their La Bamba pigeonhole with the release of Kiko. Wow. Kiko. At once rootsy and wildly experimental, it would define their sound for the next couple albums.

Like many of these older concerts, I know I enjoyed it, but I don’t remember much of the show itself. I do remember being impressed that a five-member band (or was it six) could be so tight. They could go off on wild tangents and all come back together in perfect sync in a single beat. Many of the Alt bands I was seeing at the time almost reveled in their sloppy wildness (The Replacements and The Pogues come to mind). Los Lobos could be wild without being sloppy. Good Stuff. I’d love to see them again.