Another thoroughly exhausting day today, but in a good way. We visited the The Henry Ford Museum and Dearborn Village. 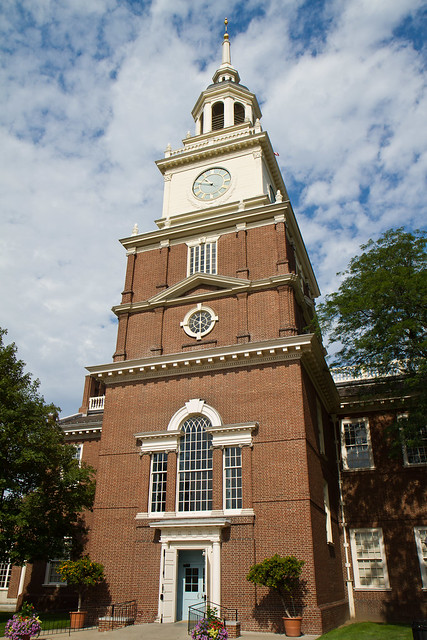 It was a whirlwind tour; we could have spent days in each place, but we had only one day for both. The Henry Ford Museum has huge collections of cars, trains, farm equipment, early industrial machines such as generators and steam engines, and more. They even have a Dymaxion House, designed by Buckminster Fuller (he of the geodesic dome); theirs is the only one to have ever been lived in. After touring it, we could see why. It was cool (especially the automated rotating storage shelves) but not as a place to live. Unless living in a drafty metal can is your thing. 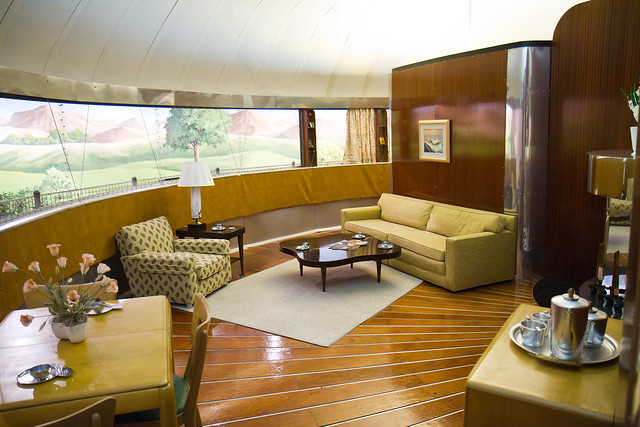 The boys loved all of this stuff, but particular highlights were the combine harvester they got to sit in and pretend to drive and the Model T exhibit. There was a pretend assembly line where they got to build their own Model T toys. Better yet, there was a real Model T that they got to help build (they attached the gas tank!). Every day, the museum allows visitors to help build a Model T. By mid-afternoon, it’s ready to drive. At the end of the day, they disassemble it and start the whole process over the next day. The main auto exhibit at the museum was closed for a major renovation, which meant that about a third of the museum was closed. There was plenty to see anyway, but we’ll have to come back again when the renovation is done. 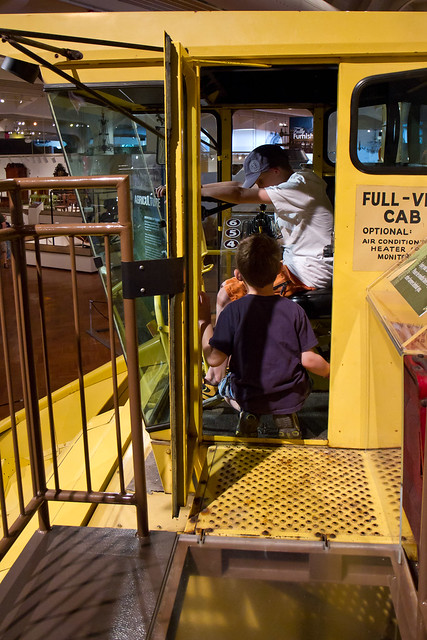 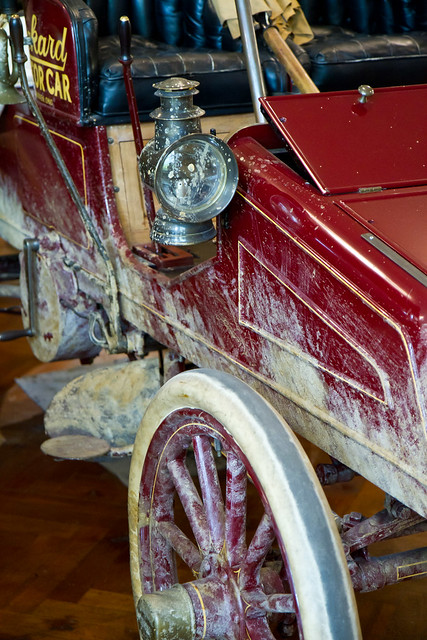 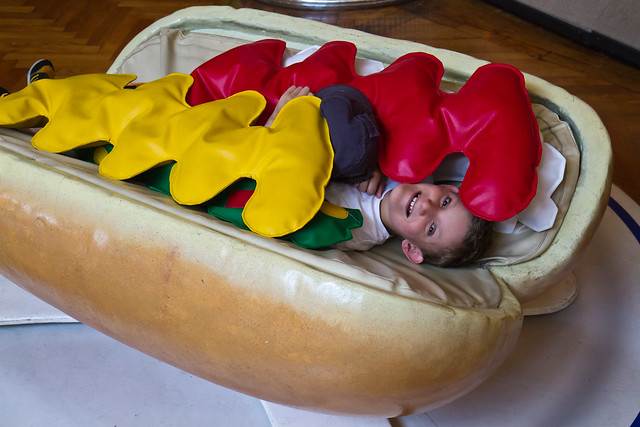 After an all-too-short morning at the museum, we headed over to Greenfield Village, the historic area next to the museum. Here, Henry Ford collected many historic buildings from all over the country (the Wright brothers’ home and bicycle shop; Edison’s workshops and offices; and many others).  It’s a little like Colonial Williamsburg, but for a different era. Our first order of business was a late lunch at the Eagle Tavern. We had a delicious meal of 1850s tavern food: pork patties, chicken pot pie, and lemonade served with a pasta noodle straw (much to Charlie’s delight.) And yes, he did eat part of his straw. 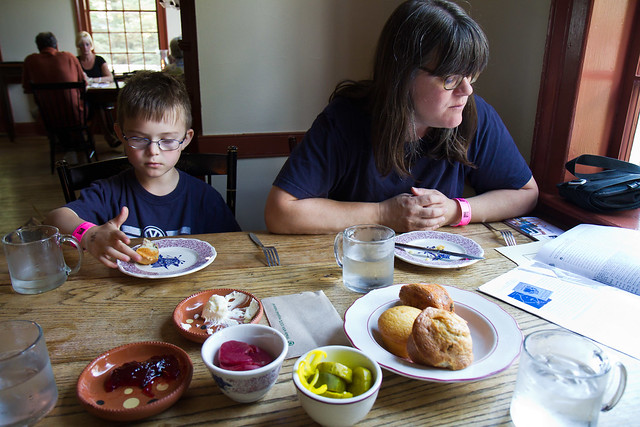 Unfortunately, the village closes at 5pm, so we really had to cram things in. We managed to ride the carousel, ride a Model T with a delightful driver who let Henry steer for a bit, ride a steam train, eat frozen custard, watch part of the World Tournament of Historic Base Ball (no gloves! no sliding! no cussing! no spitting!), check out Edison’s work shop, and get very sweaty. 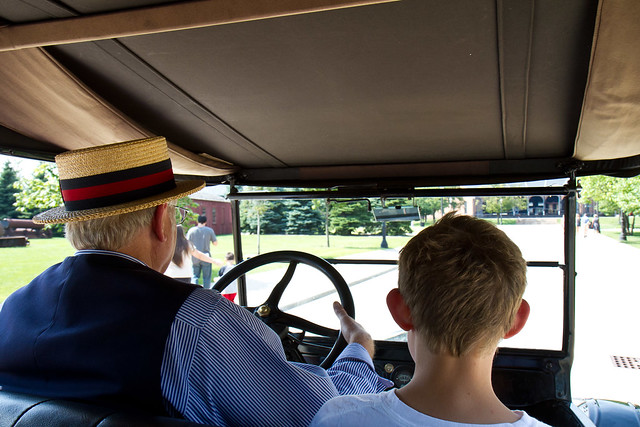 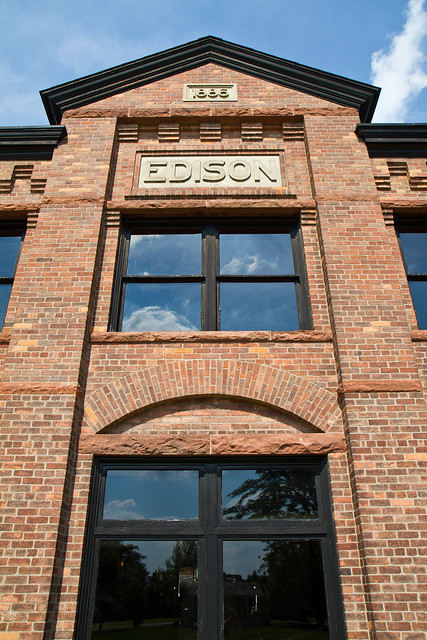 A swim at the hotel’s outdoor pool (with a real deep end: 12 feet!) was in order when we returned exhausted and sticky. We squeaked in about 30 minutes in the water before a real midwest thunderstorm came barreling through, wind gusting, lightning flashing, rain pouring. We barely made it back to the Oliver Walcott house before the skies opened up. The kids were seriously impressed. We don’t have storms like that in Seattle.