Another long day, but at least we have a little break now. Butte to Keystone, South Dakota. More gorgeous weather, little traffic, good times. No lost teeth or choking children today, but we did almost get run off the road! About a half hour west of Billings, I was cruising along at the speed limit (75 mph) and moved left to pass some some slower vehicles. Just as I was passing the first of them (a big extended-cap pickup… or was it an SUV?), I guess the driver decided it was time for him to pass, too. With no warning and no signal, he just started moving over into my lane. I simultaneously slammed on the horn and the brakes while steering as far as I could to the left. Unfortunately, there was only about 18 inches of shoulder before a slope down into the median swale. There was a brief moment before he moved back into his lane when my front right fender was no more than a few inches from his driver door. As Kathy put it later, “I think that’s the closest I’ve ever been to another car on the highway.” With a week’s supply of adrenaline in our bloodstreams, we sailed on into Billings.

I should backtrack a bit to mention our morning in Butte. After packing up, we spent a few minutes touring the curious and beautiful time capsule that is the Hotel Finlen. It’s really quite a place. 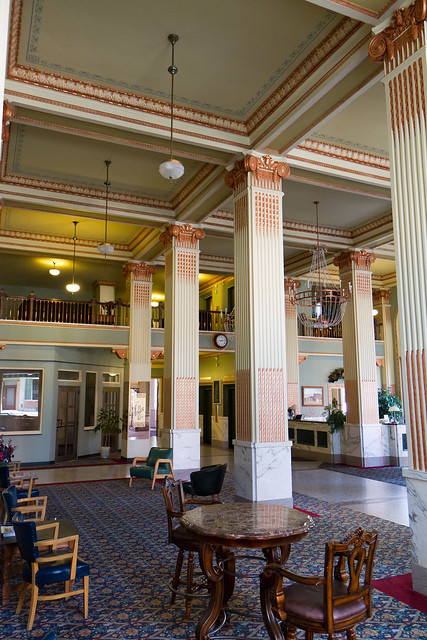 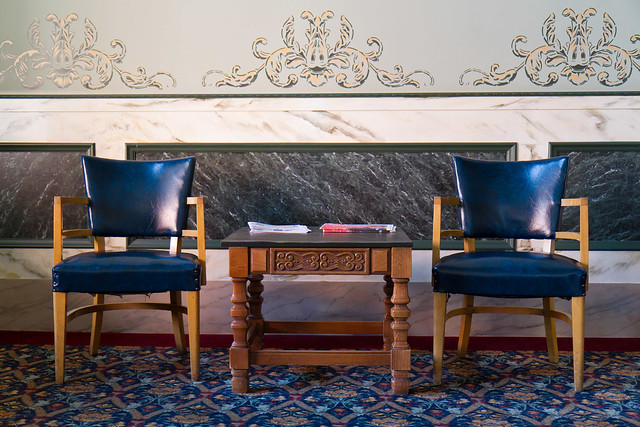 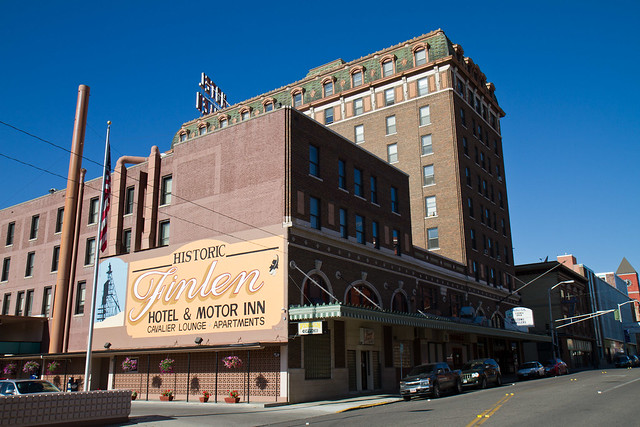 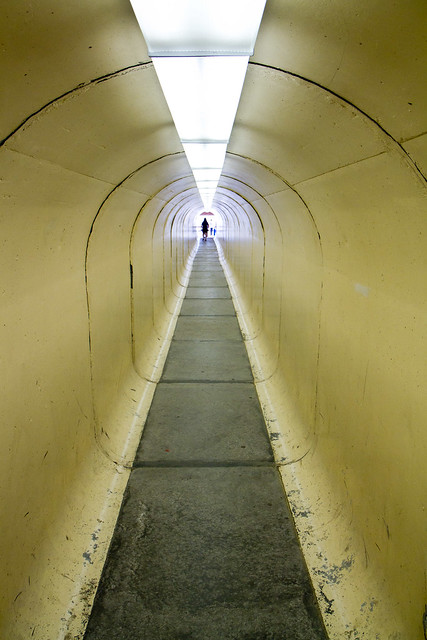 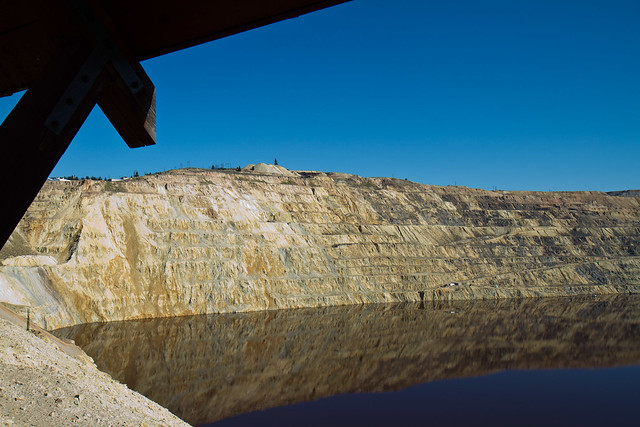 Yesterday I mentioned that they stopped mining there back in the early 80s. Shortly thereafter, they shut down the pumps that had kept the mines dry over the years. The mines of Butte began flooding: first the deepest levels of the underground mines, then the pit. Since then, the pit has filled with water to a depth of more than 1000 feet. I also mentioned that the water is toxic and it sure is. It’s got a pH down below 3 and is full of dissolved minerals. Nasty stuff. A treatment plant has already been built and when the water approaches the “critical” level, they’ll start treating the water and discharging the cleaned water into a nearby creek. In the meantime, Montana Resources is extracting minerals directly from the pit water. What better way to start the day than viewing a Superfund site? 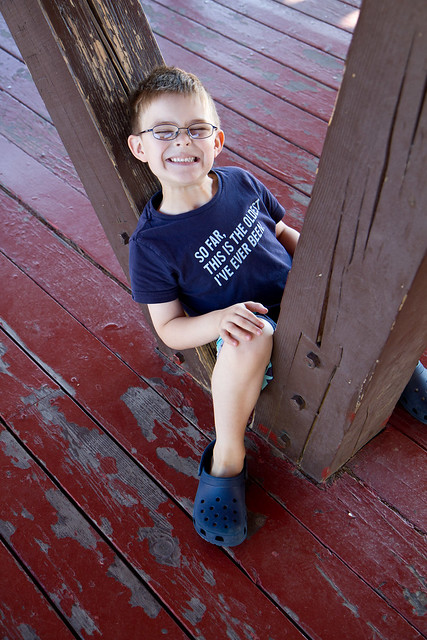 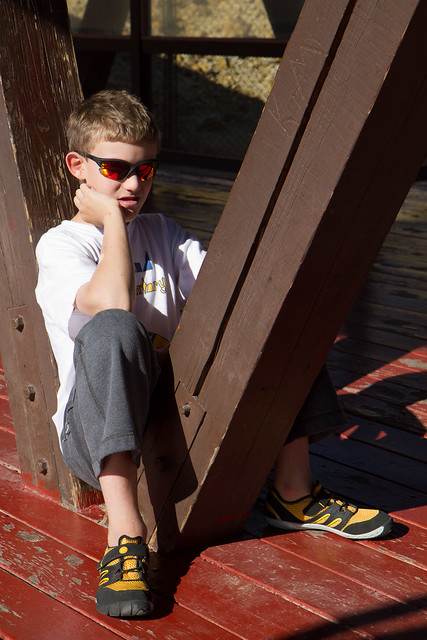 In other trip-related news, our Jetta Sportwagen is doing great. Over the first two days, we have averaged about 38 mpg, not bad considering the mountain driving and high speed limits. We’ve had no trouble finding diesel fuel in car-friendly places. The Jetta has a small fuel filler that won’t take the big nozzles used by trucks.