Back on the road! Today wasn’t quite the long haul we had the first couple days, but it was pretty close. We made a couple of quick stops in Rapid City (Starbucks, Target) before resuming our eastward trek. An hour later, we were in Wall, South Dakota, home of the world famous Wall Drug. Wall was just as overrun by motorcycles as anywhere in the Black Hills. 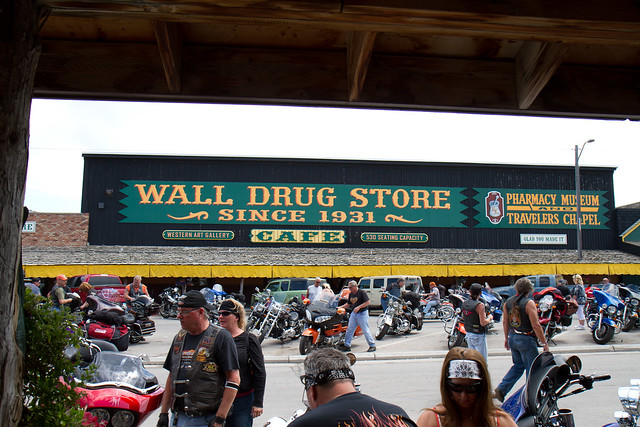 We weren’t particulary into the craziness that is Wall Drug, so we made it a short stop, just long enough to buy a bag of fresh donuts and a much needed glasses adjustment kit. On the road south out of town, we each ate our donut and wished we’d bought more. They were magnificent: big cake donuts with just a hint of nutmeg; not particularly sweet, but topped with frosting so sweet it almost hurts your teeth. Delicious. 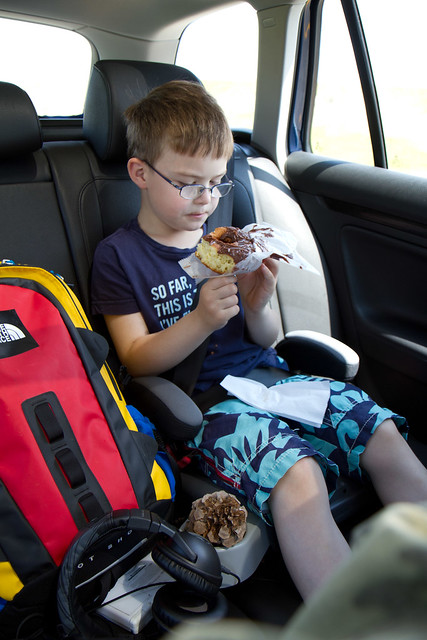 Next up were the Badlands. As far as Charlie was concerned, they were bad. And hot. (Well, we all thought that.) View after view of craggy, layered rock baking in the noon sun. Finally, we stopped at a short boardwalk trail with some fossil displays. More importantly, with some accessible rocks to scramble on. (“The trail?” wailed Charlie at one point. “That’s bo-o-o-oring! I want to climb some more!”) And so the Badlands were redeemed in his eyes. 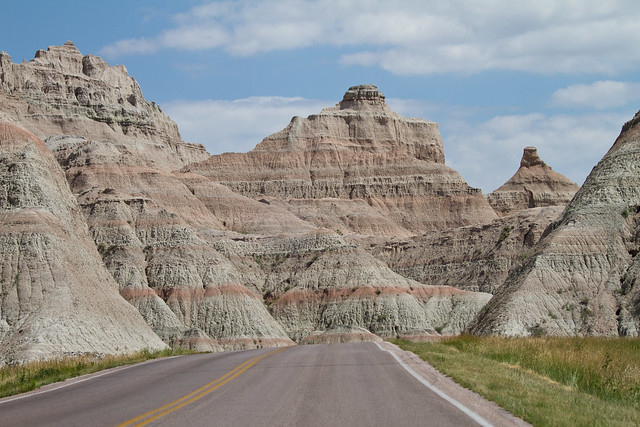 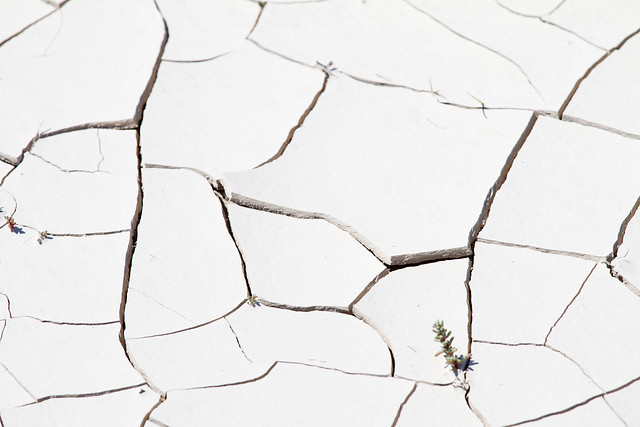 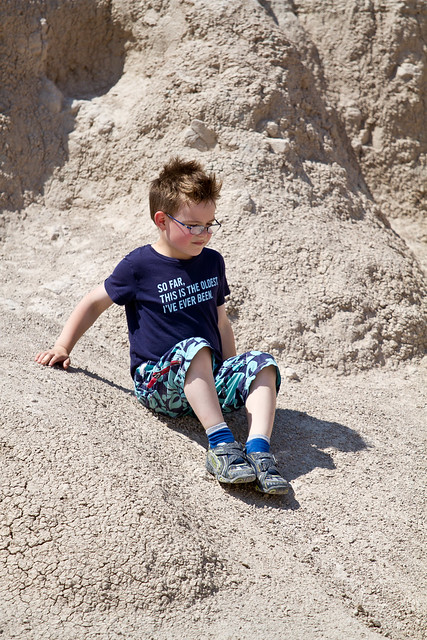 Driving for hours after puttering around on rocks in the hot sun is exhausting. The Mitchell, South Dakota Culver’s was a welcome relief. We ate some “real” food, then had the first frozen custard of the trip. Thus energized, we headed for the Corn Palace. Though not entirely made from corn, it does get a new corn facade every year and is pretty cool. The boys liked it, and enjoyed seeing all the corn products you can buy from the gift shops there. We ended the day at a Staybridge Suites in Sioux Falls, South Dakota, right across the street from a very promising looking coffee place. 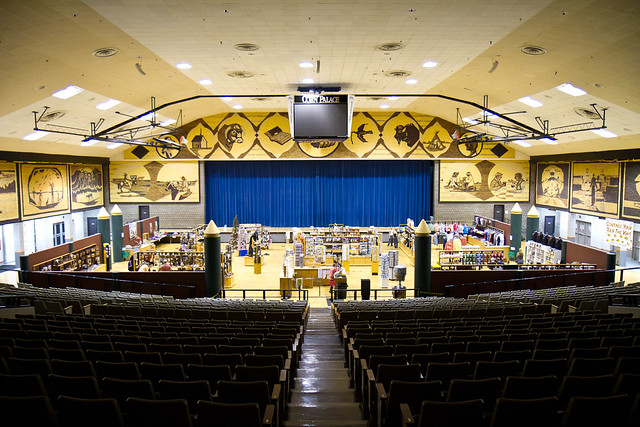 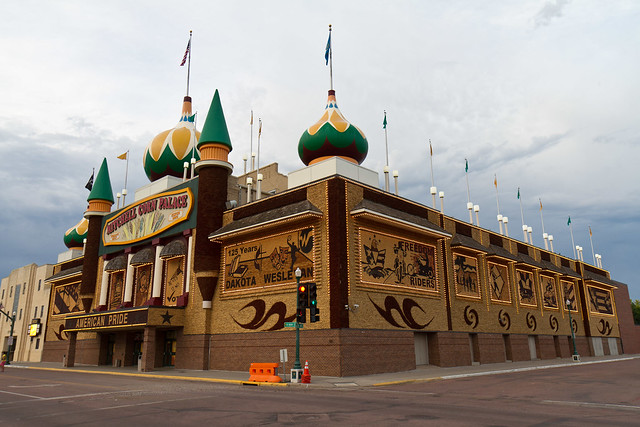 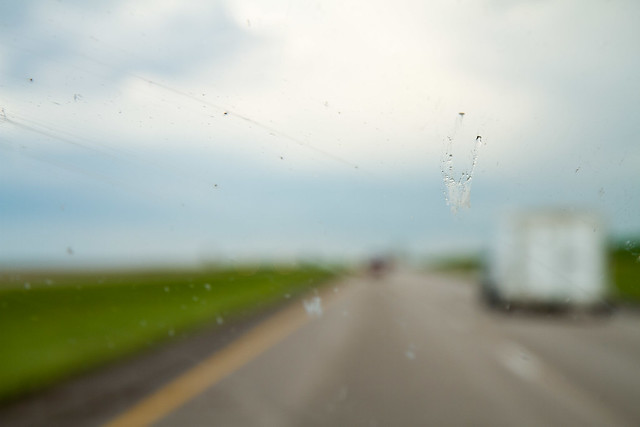