Our first day in the Windy City. We had a huge late breakfast at a place called Eggsperience (Charlie particularly enjoyed this pun). As expected, it was eggsellent (no eggzaggeration!). The day was in the low 80s, dry and breezy, about as good as it gets in August in Chicago. We headed energetically down the Magnificent Mile, with the plan to stop briefly at Millenium Park to see “The Bean” before going to the Art Institute. Our plans were hijacked by Millenium Park itself. There was a huge tent set up with all sorts of kids activities as part of a Family Fun Festival we stumbled upon. Then Henry was enthralled by the orchestra practicing at the Jay Pritzker Pavilion. And The Bean (aka Cloud Gate), don’t forget that! 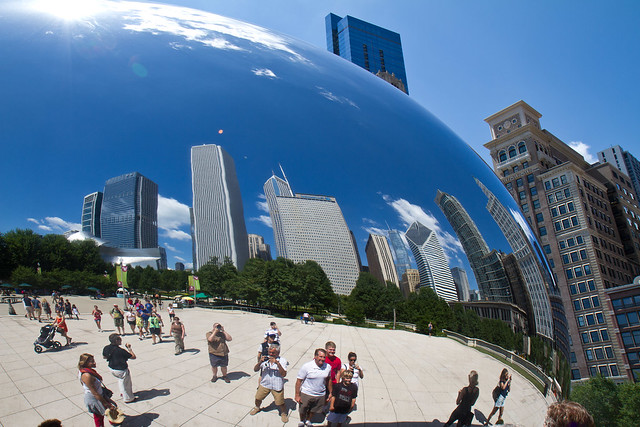 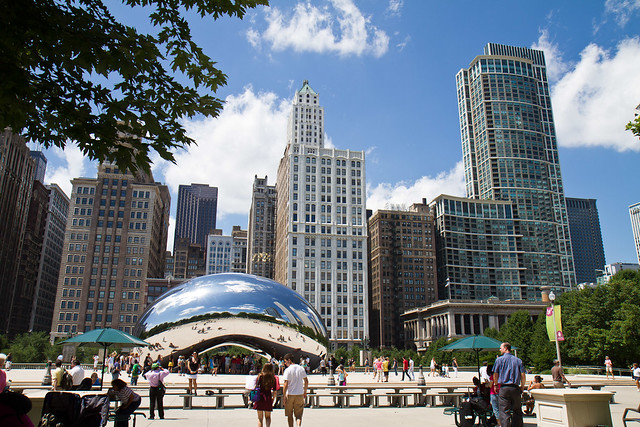 Finally, as we were leaving the park (or so we thought), we stopped at the Crown Fountain. A hot, dry day and a fountain begging to be played in… hmm. After some hesitation from Charlie, the boys both had a blast splashing and getting wet. Did I say wet? I mean soaked. So much so that we were worried we’d get kicked out of the Art Institute. We wrung out their shirts and did our best to get them dry before finally heading to the Art Institute. 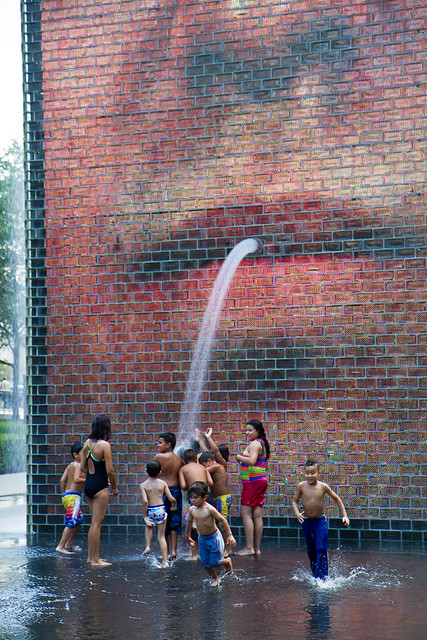 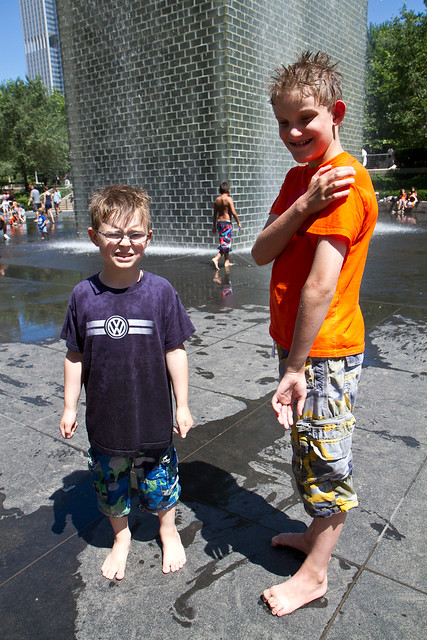 Kathy and I had been to the Art Institute back when Mary & Dean lived in Chicago. It must have been a pretty quick visit, though, because I don’t remember much of it. With two kids in tow, we figured this visit would be pretty quick, too. How wrong we were! They were both really into it. From the Arms & Armor exhibits of medieval armament to the great collection of Impressionist art (Seurat’s A Sunday Afternoon on the Island of La Grande Jatte is there among many others) to the Egyptian Art, it was a big hit. How could this be? Has Charlie turned a corner? Who knows… we’ll take what we can get. On the walk back to the hotel, we wandered through the Lurie Garden in Millenium Park and stopped by Intelligentisa Coffee for some delicious espresso drinks. 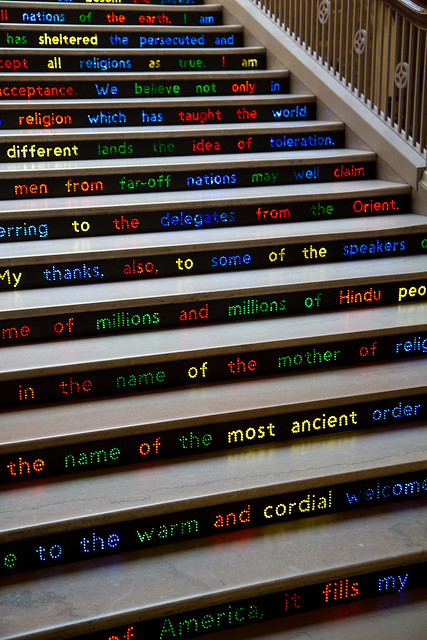 The boys unwound with a long swim in the hotel pool. It’s a great pool: up on the 17th floor with sweeping views of the city. Of course, our room is directly below the pool on the 16th floor, which is a little unnerving. 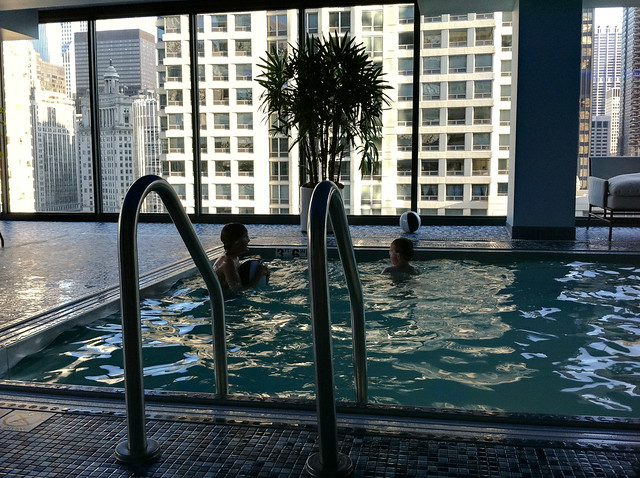 After their swim, we walked a few blocks north to Giordano’s for dinner. I understand the battle lines are drawn over Chicago Pizza superiority: Giordano’s, Gino’s East, Uno/Due, and Lou Malnati’s all have their supporters. We couldn’t try them all, but Giordano’s was great. 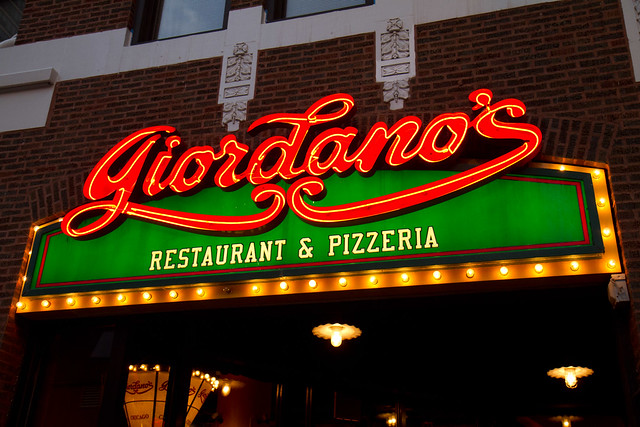 They have a pretty cool system, too. Their stuffed pizza takes a long time to cook, so to help speed things up, you place your pizza order before your table is ready. In our case, we had about an hour wait for a table. Fifteen minutes into the wait, we ordered our pizza. Once we were seated, our pizza was ready right away. Smart.