Back into the car today, but not for too long. After yet another stop at Starbucks, said goodbye to Rochester and headed east on the New York Turnpike. The weather was gorgeous and the driving was more pleasant than most in the East. Pulling into Herkimer for lunch, the Jetta was reporting an average of 44 miles per gallon for the day. Not bad. We had some lunch at Crazy Otto’s Empire Diner in beautiful “downtown” Herkimer. Pretty good diner food, though I wish I’d heeded Kathy’s Rule of Diners: When eating at a diner that offers all-day breakfast, always get the breakfast. I’m not saying my Reuben was bad, exactly, just that everyone else’s breakfast food was so much better. 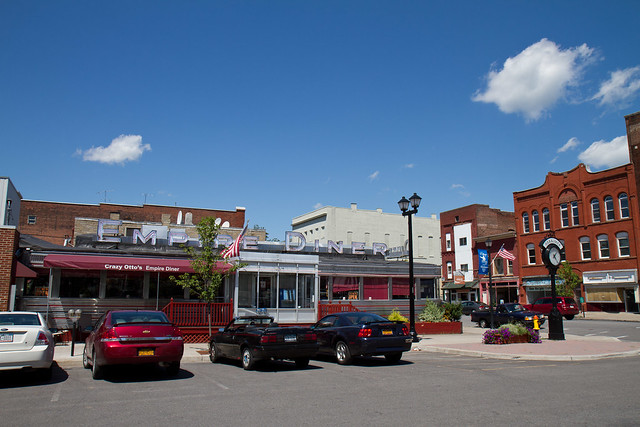 We left the Turnpike at Herkimer and headed south to Cooperstown. It was nice to be on some small roads again for the first time in days. We’d heard that parking in Cooperstown can be a nightmare in the summer, so we parked on the edge of town and took the little shuttle into town to the Baseball Hall of Fame. I think Charlie had seen enough after about ten minutes, but the rest of us enjoyed the museum. The exhibits were a little odd, though. They were roughly chronological, but seemed torn between trying to tell the whole story of baseball and celebrating just the stellar moments. There was no discussion at all of the expansion that added the Mariners, for example. The worst part of the hall were the other visitors: I can’t recall being among quite so many rude people in one place anywhere else on our trip. Some of it was just obliviousness, I’m sure, but still. 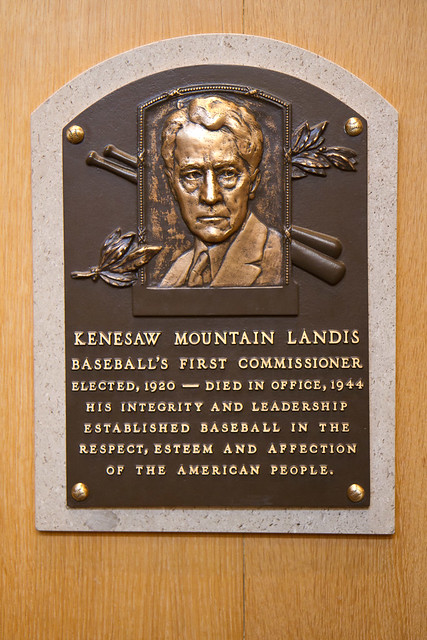 After our stay in Cooperstown, we drove the pleasantly-empty US-20 toward Albany. We grabbed some dinner on Wolf Road and ended our day in Troy, home of my alma mater, Rensselaer Polytechnic Institute. Being there again was… strange. I haven’t been back since about 1992 and enough has changed that everything just seems off kilter. It would probably be better if more had changed. It’s like I was in the uncanny valley of places. The campus and downtown Troy look much nicer now than they did 20 years ago, but the neighborhoods near campus are just as sad as they were. The hotel we stayed in downtown was recently renovated and not half bad.