I’m going to combine a few days here, partly for expediency and partly because I’m writing this after the end of our trip and it’s all a bit of a blur.

Over our GPS’s objections, we decided to take the slower but more direct route to Chelmsford: straight east from Troy across route 2. We used to drive the eastern part of the route on our way back and forth between Portland and Amherst to visit each other when Kathy was in grad school. The western part was our usual route back to Troy, too, so it’s all pretty familiar. We’ve driven it in some pretty awful winter weather, which I wouldn’t want to repeat, but we had yet another gorgeous day for our drive this time. Not much has changed along the route, though we did notice a fancy new art museum in North Adams. Our goal, of course, was a stay with Grammy and Grampy in Chelmsford, the second of three longer stops on the trip.

So how did we spend our time in Massachusetts? Well, relaxing and playing a bit more than the rest of the trip allowed. We got to visit with family, play mini-golf (and eat ice cream) at Kimball Farm, and enjoy the unseasonably wonderful weather. On Saturday, we drove into Boston to see some baseball at Fenway Park. Not a Red Sox game, alas, but rather the “Futures at Fenway,” a minor league double header. We had seats up the first base line right by Peskey’s Pole and had a great view of the game. Fenway was an interesting contrast to Wrigley Field, where we’d been just a few days earlier. Built within a few years of one another, they’re the only classic major league parks still in use. Where Wrigley seemed like a minimalist time capsule, Fenway struck me as a thoroughly modern park despite its age. Concession choices were varied and plentiful and bathroom capacity was more than adequate (the park was nearly full even for the minor league games we saw). I loved both parks and enjoyed the baseball experience more at Wrigley, but I think I’d have to give the nod to Fenway if I planned to see a lot of games over the course of a season. After the game, Henry and his cousins headed straight to another game: a New England Revolution soccer game at Gillette Stadium in Foxboro. He was thoroughly wiped out by the end of the day, but had a blast. 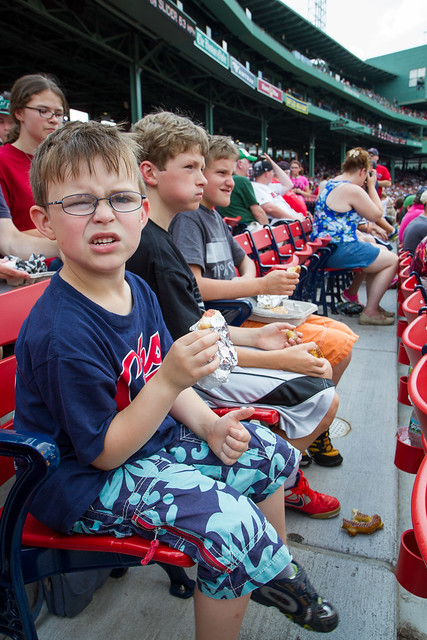 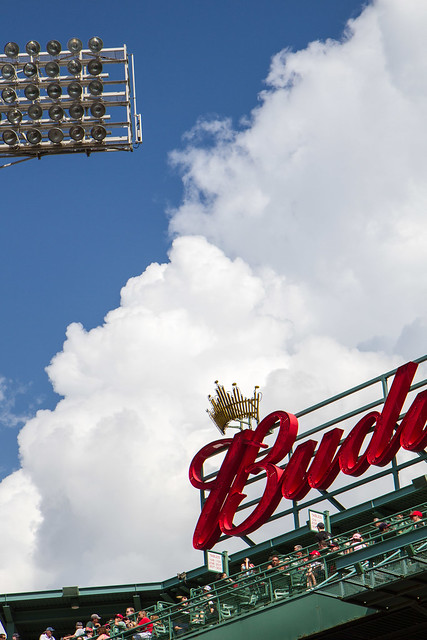 One afternoon when we were in Chelmsford, I took a little drive over to the tiny town of Boxford. My research says that Kathy’s great grandmother may have been from Boxford, so I thought I’d wander the cemetery for a while and see what I could find. The weather didn’t cooperate and my leisurely ramble turned into a hurried dash as the thunderclouds rolled in. I did manage to find some of the gravestones I was looking for, though, so that was nice. I mentioned that her ancestor may have been from Boxford, which might give the wrong impression. Mary Gurley, who married John Anthony Whalen back in 1909 was definitely born in Boxford. The question is whether she was really the mother of Kathy’s grandfather. John Anthony married his second wife just seven months after Tom Whalen was born and we haven’t found a death record for Mary. It’s entirely possible that Tom’s mom was actually John’s second wife. It’s a mystery. 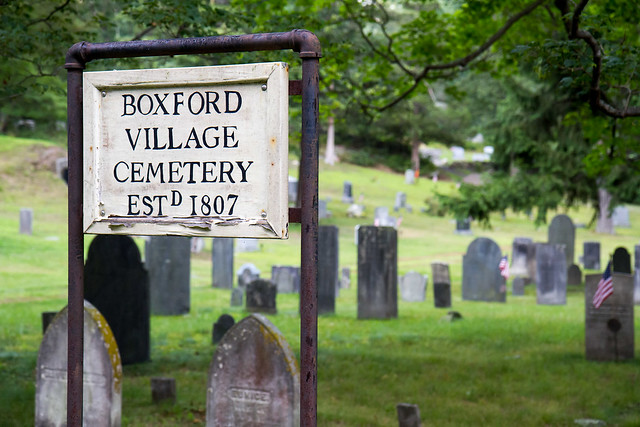 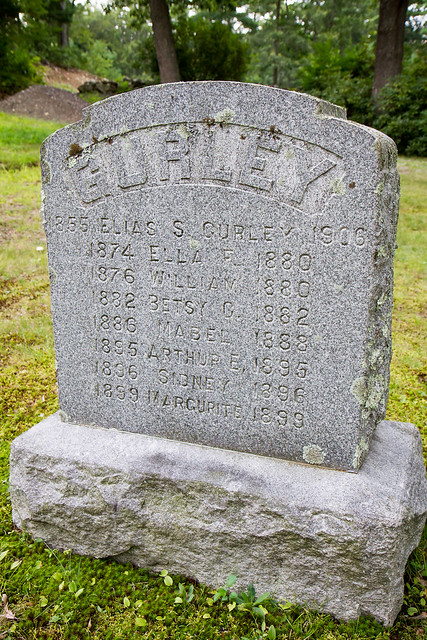 Another day, Henry and I drove over to Ipswich to visit The Clam Box for lunch. I’d heard about The Clam Box several times as the place to go for fried clams (and other seafood). Henry and I both ordered the “native clams,” which are whole hunks of clam meat from local New England clams rather than strips cut from bigger clams. We arrived just before 2pm to a long line out the door and a note next to the door saying they stop serving for 15-20 minutes every day at 2:30 to change their oil. Unfortunately, we just missed the cutoff, and our order was the first to come out after the oil change. When the wait was over, we found out why the place gets such accolades: the clams were indeed steller; well worth the extra wait  (not to mention the drive over from Chelmsford). We couldn’t convince anyone else to go with us, though. More for us! 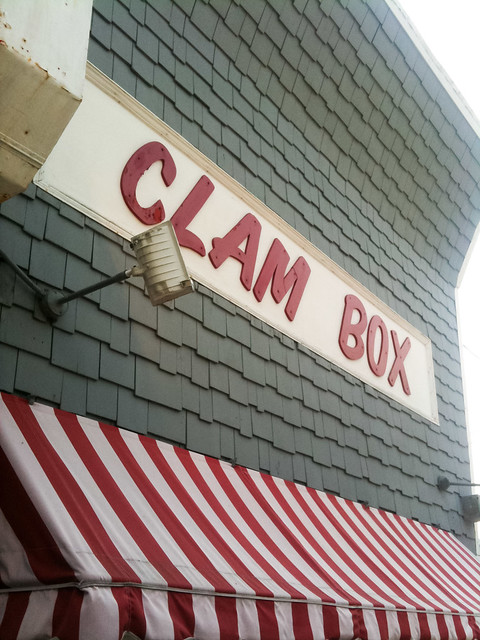