One of my favorite Seattle museums is the Museum of History and Industry, better known as MOHAI. Until last year, MOHAI was in a 1950s building in McCurdy Park, tucked between the SR-520 and the shores of Lake Washington. Washington State is in the process of replacing the Evergreen Point Bridge, as well as the west approach to the bridge that runs just feet from the MOHAI building. The new, wider 520 will leave no room for MOHAI, so they set about looking for a new home. After a false start across the street from the convention center, MOHAI found its new home at the former Naval Reserve Armory at the south end of Lake Union. The museum closed at its old location in June of 2012 and reopened at the Armory in December 2012. 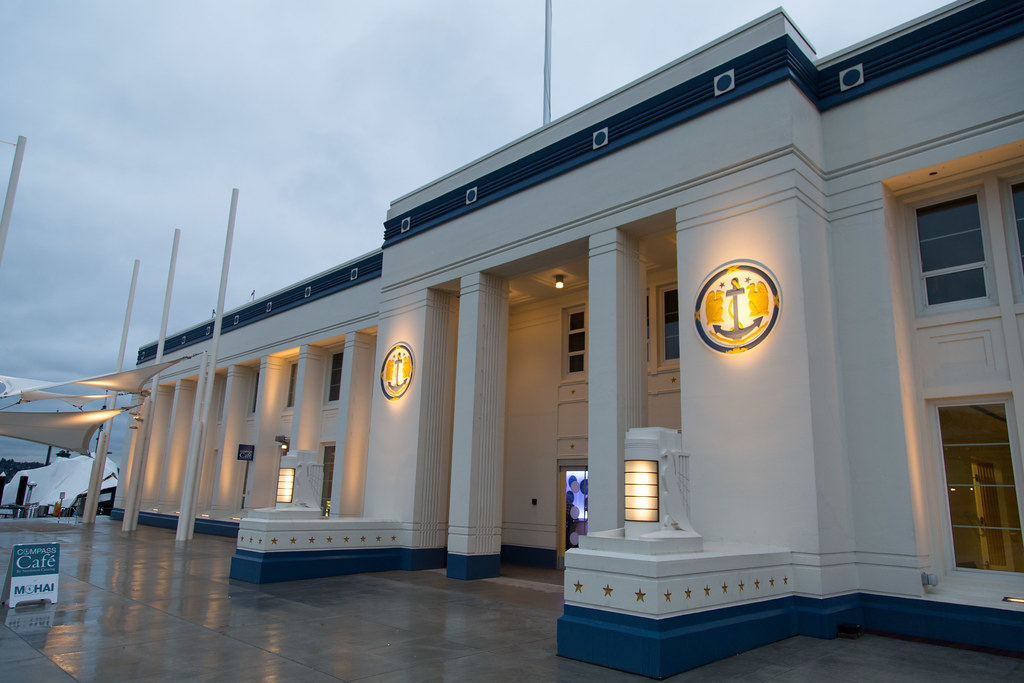 At the end of January, we finally got around to visiting the new, improved MOHAI and we were thoroughly impressed. The restored armory is beautiful and the new exhibits tell a much more coherent story of Seattle’s history. The main hall is impressive, but surprisingly empty, giving the unfortunate impression that the museum is empty, too. That couldn’t be further from the truth. The side galleries are full to overflowing with top-notch exhibits spanning three floors. For me, the highlight was True Northwest: The Seattle Journey, one of the permanent exhibits. It tells the story of Seattle from before Europeans arrived thorough to today, something that was sorely lacking in the old MOHAI. It’s so packed full of stuff that it will take a couple visits to really absorb it all. 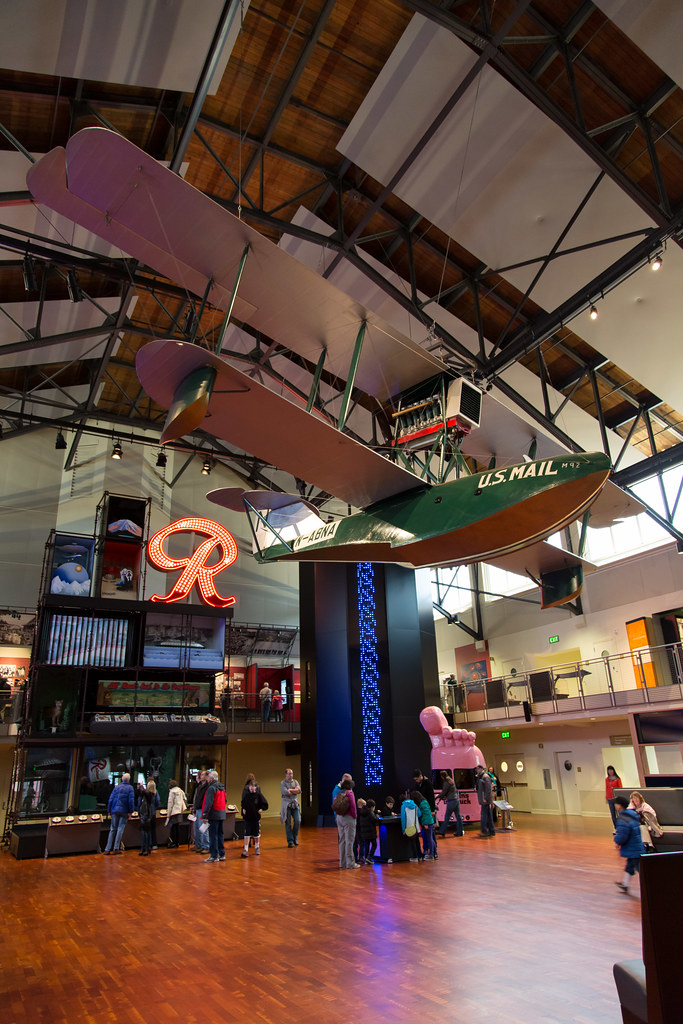 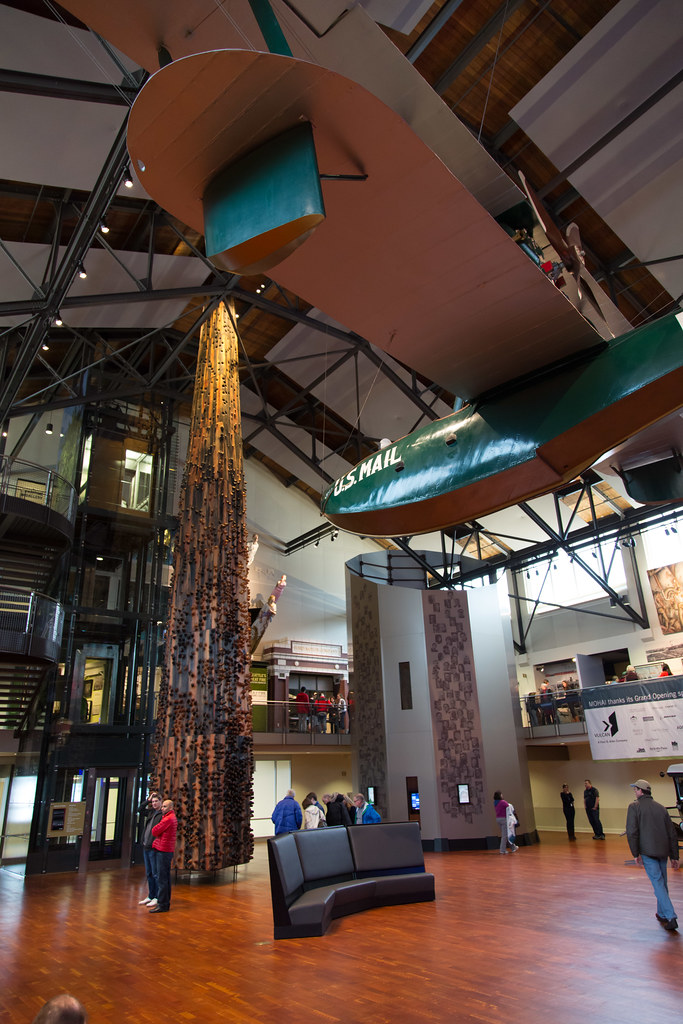 A huge sculpture, Wawona, rises from the floor and pierces the roof (at least it appears to pierce the roof). I’d read about it before our visit and wasn’t particularly impressed. Seeing it in person completely changed my mind. Crafted from the salvaged timbers of its namesake schooner, Wawona is like a towering tree or ship’s mast. The way it’s shaped and perforated is fascinating. 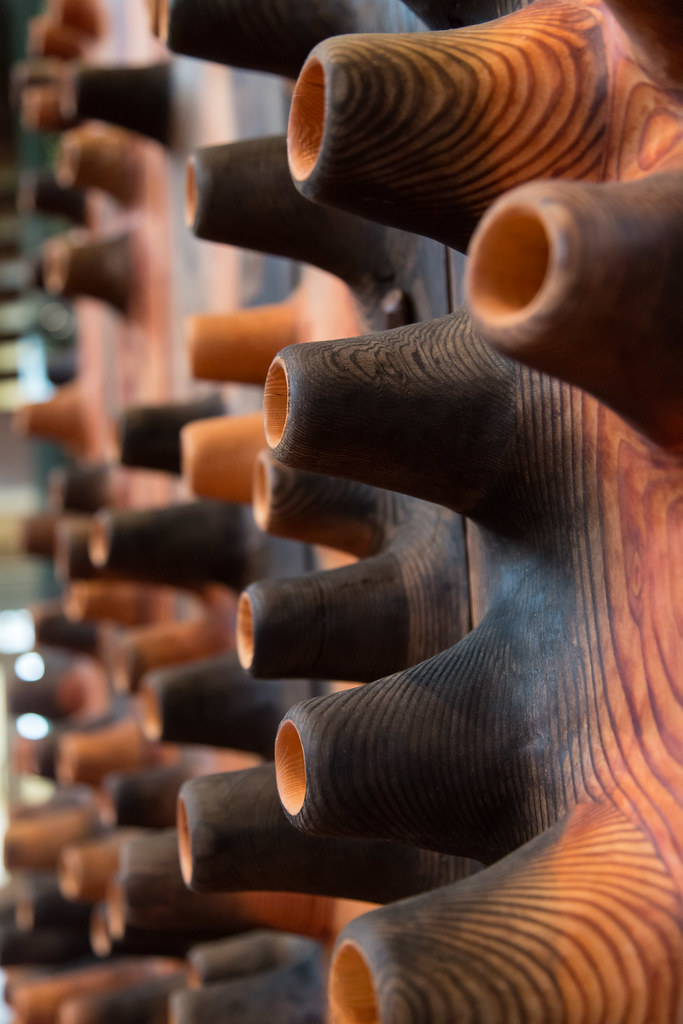 You can go inside Wawona, too. Below the glass floor, it appears to continue down into the waters of Lake Union. Above, it is open to the sky. Looking up from its dark interior to the bright sky above is surprisingly moving. The sculptor John Grade has some construction photos on his site, though I couldn’t find a way to link to them directly. 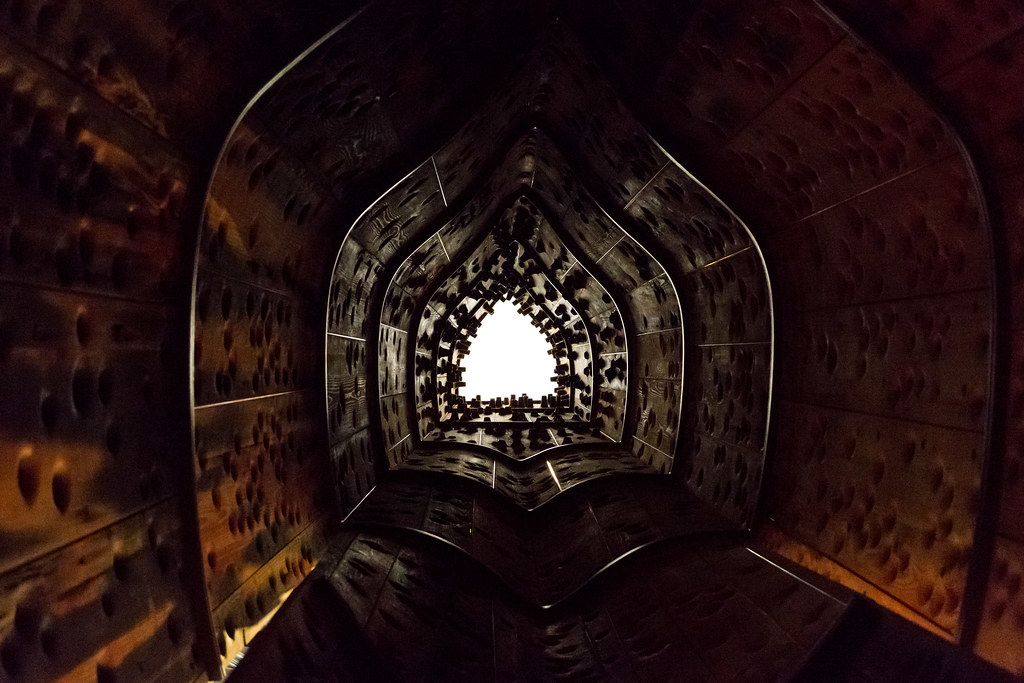 Anyway, on to the title of this post. The old MOHAI had lots of little areas that were easy to miss. Tucked away on the lower level was a gorgeous tile mosaic mural. Titled That Man May Use It Freely as the Air He Breathes, the Waters of the Rivers, the Winds of Heaven—an Émile Zola quote—the mural by Jean Cory Beall had once adorned the lobby of the Seattle City Light building downtown. When City Light sold the building in 1996, the mural found a new home at MOHAI. 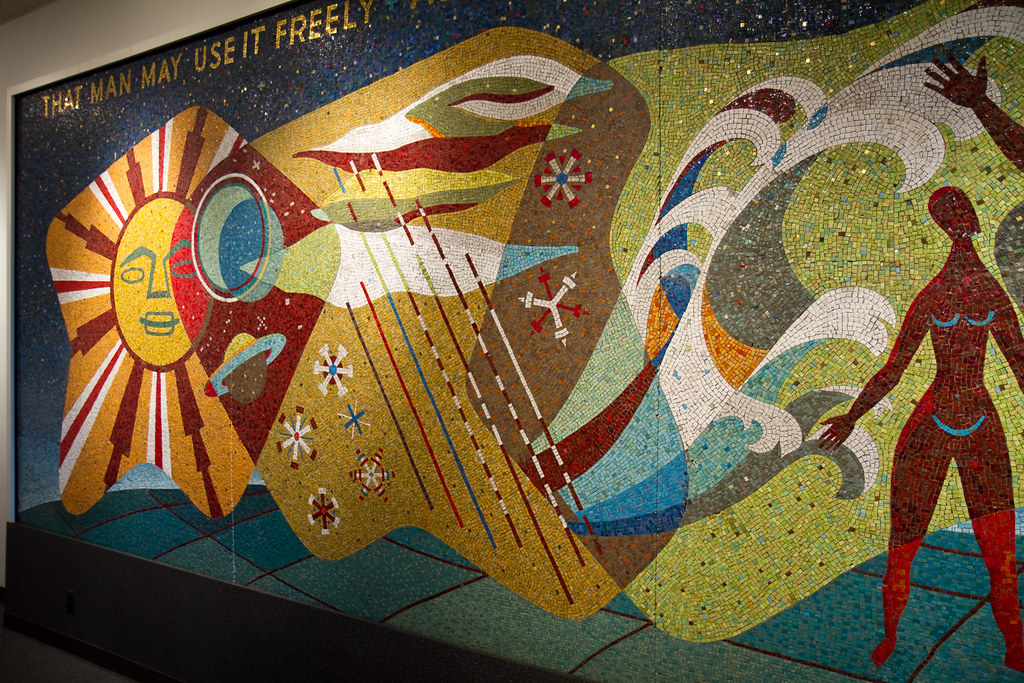 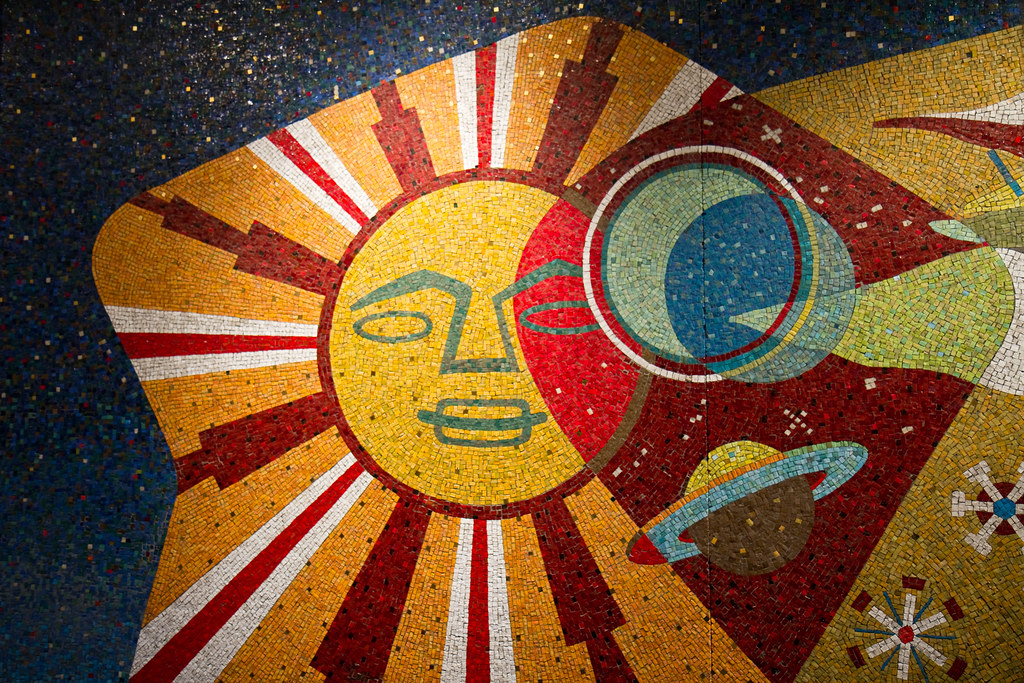 After many visits to the museum over the years, I first noticed the mural in 2009, when I took the pictures above (as well as some more you can see on flickr). I really loved that mural and sought it out on subsequent visits. I was a little disappointed that I couldn’t find it at the new MOHAI, so I sent an email to the museum asking about it. I heard back earlier this week. It turns out the mural had been on loan from Seattle City Light and when the museum moved to its new location, the mural went back to City Light. The good news is that City Light plans to install the mural at the Georgetown Steam Plant museum. The Steam Plant is one of those places we’ve been meaning to visit for years (it’s only open one day a month). Maybe now I’ll have a little more motivation.